The author actually got in touch with me and asked me to read and review this book as a standalone which was really exciting. It meant going in that I knew nothing about the book, or the author, or what was going on here so there were absolutely no expectations.

That being said, this book is action from the very beginning! There is a hot hot biker man, a lovely girl we can all relate to, scary mafia family. There is love, there is loss and there is everything inbetween this book really caters for everything and everyone!

I absolutely loved Dusty, I loved the way we delved into his past throughout the book, how he opened himself up to love and never gave up. Where some men would have taken the out offered he stood up and was counted. He never held anything back, with his girl, with his family, with his MC, not always upfront but no holds barred. He loves deep, once its earned.

I am a big MC fan, I love the family that surrounds them, that becomes a part of who they are and their own stories all intermingle. But I also like that this isn’t*just* an MC story, there is a mafia angle, bits about his and her past coming back up. It’s a great mix of bits and very well written.

There were a few things that have obviously happened in other books in the series that didn’t make full sense to me. They were touched on but not in depth, obviously *you had to be there* kind of moments, they informed but didn’t take over any of the scenes so that was fine.

I am really looking forward to being able to read other books in this series too!

I’M PREGNANT, ON THE RUN, AND WEARING HIS RING…

How the hell did I get here?

Oh, right – Daniel “Dust” Grayson. Scariest, sexiest man alive. The only man who’s ever stolen my panties, lured me into his bed, and left me begging for more.

This isn’t what you’re thinking. Yes, he’s an outlaw. Trouble incarnate on two towering legs and the hottest smirk south of the Mason-Dixon line. But I’m not in a world of hurt because he’s President of the Deadly Pistols MC, or because my big brother is his right hand man – hello, drama!

No, Dust tried to save me from myself. I can’t let my secrets kill him.

It’s time to forget everything: his love, his kisses, raising the baby he’ll never know together.

Never wed an outlaw. A broken heart was my wedding present, and now it’s my only defense…

Hannah was my biggest mistake. Ain’t every day a man claims a girl, shoves his ring on her finger, and tells her she’s his ’til the end of time. I had it all, blind to the storm approaching.

Then she disappeared. She forgot about us.

I’ll die before I let her. Darlin’, I’m coming.

Don’t care if my best friend is her kin, and he wants to rip my head off.

Don’t care if she’s a hostage to the meanest crew I ever laid eyes on.

Don’t care if I have to move heaven, hell, and everything in between to bring her home.

If Hannah’s a mistake, I’m owning up. Every single inch of her, every kiss, every damned day. She made me crave the whole package, a wife and kids, like a man needs air.

I can’t stop. I won’t go back. She’s coming back to my arms, or I’ll rip this wicked world limb from limb.

This is a stand alone romance novel with a hard-to-get runaway bride like no other! No cliffhangers, no cheating, and SCORCHING heat advisory. Yes to babies, outlaws, and Happily Ever Afters. This is Dust and Hannah’s story in the Deadly Pistols MC series. 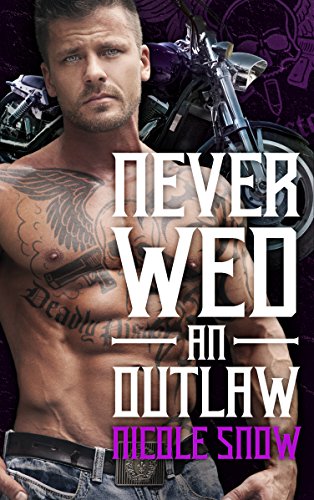