This is definitely an introduction to a series rather than a standalone book. This sets up all sorts of things ready to follow up in subsequent books and there is tons of scope for opening things up.

I liked Viola, she is smart, sassy and  not afraid to say what she thinks. A quiet girl, tending bar in a little town, nothing unusual about that, or is there?

Callum has a story to tell! Three young, muscled, tattooed blokes come in to a bar for a few weeks and trouble unsurprisingly follows them. One of them happens to have taken a liking for the girl behind the bar. Let’s see where that one goes!

All in all, a good little intro to the scene with plenty of scope for opening things up in subsequent books. This is a fast paced story with plenty of steamy scenes and lots of action.

Unfortunately, because it is so fast paced there were a few errors and it got a little difficult to follow in some of the speaking. There is definitely range for this book filling out a little more as it can be quite low on the description in some areas. It could be made better with some more linking through the scenes and explanation throughout, although these could be left to explore further in the following books.

Only two things matter to Callum Connor – his gang, the Black Saints, and himself. When the former SEAL isn’t protecting The Family or gunning down made men, he’s burning his way through the women in Savannah.

Even though he knows not to sh*t where he eats, one night he finds himself with his smoking hot bartender, Viola. She’s nails-down-the-back, screaming-his-name kind amazing, but Callum has a rule: no f*cking the same woman twice.

If only he could forget that night.

Until an armed gunman comes into her bar, and Viola saves Callum’s life when she shoots him where he stands. With the Valetti Family after the two of them, Callum has no choice but to protect the fiesty, beautiful hellcat.

Not that Viola’s interested. She’s sooner be stuck with a hungry grizzly bear, but Callum knows that without him by her side, she’s as good as dead.

The tension between them is more than they can handle. She’s fiery and independent, and she makes his protective side come out. Too bad all he can think about is her smart mouth wrapped around the one part of him that just won’t go down.

When her walls come down and he gets the truth out, will he have the guts to keep what he loves?

Either way, Callum is HARD UP. 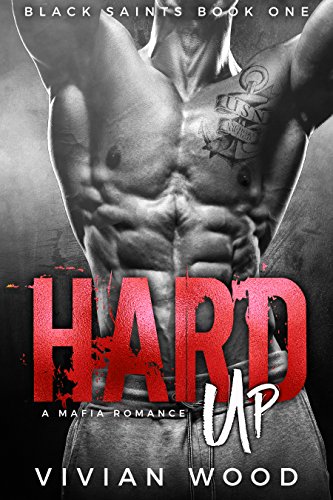